Images for Consideration Re: Dancing with Rejection 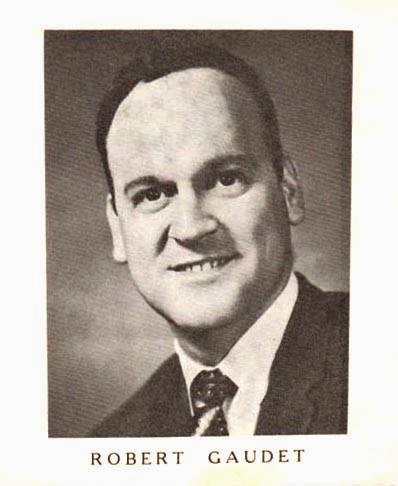 Dad, taken sometime in 1962. He is such a handsome guy, with classic good looks. Or it could be, I'm a bit biased. 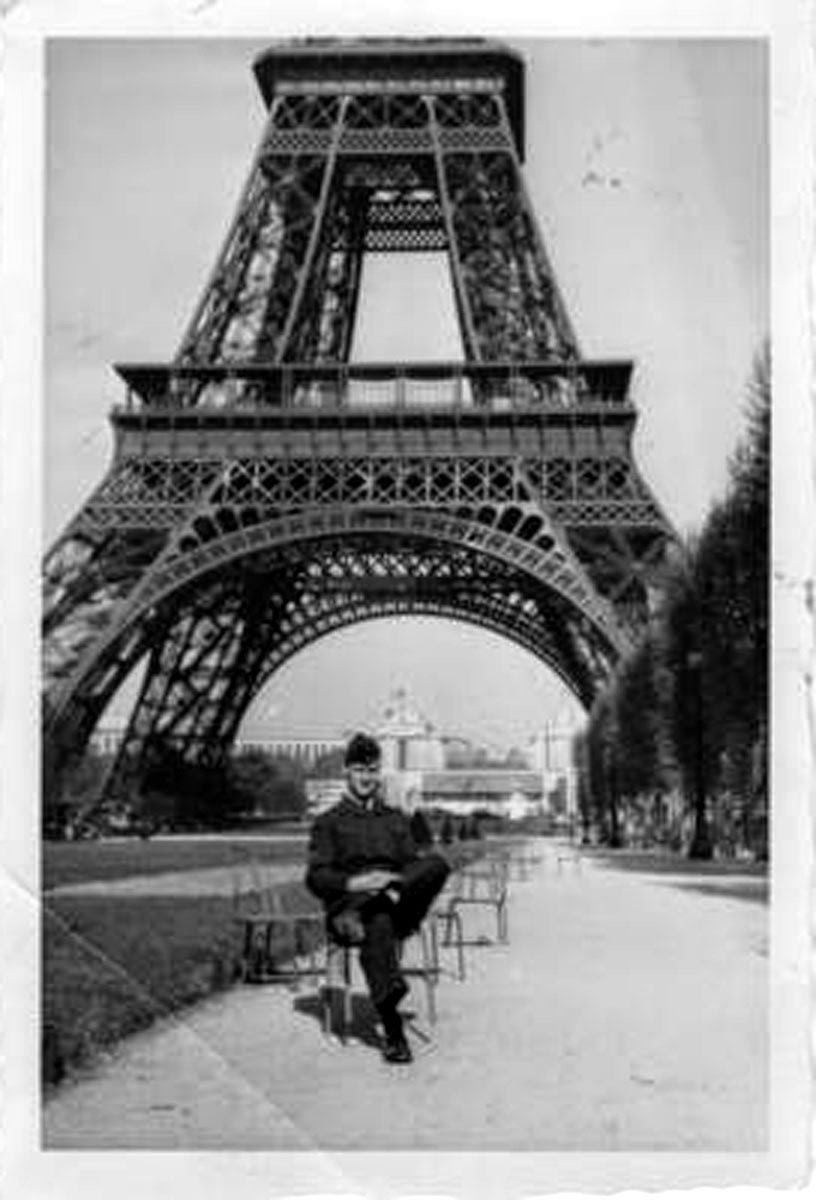 I think this picture of my dad in Paris was taken before he was married. So, late 1940's. 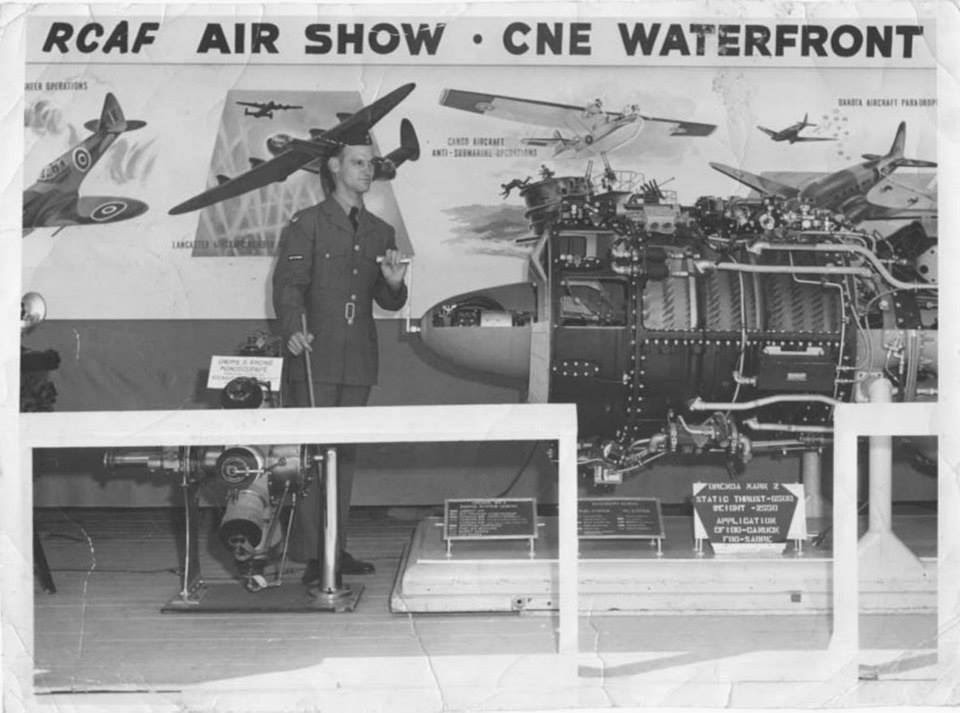 My dad, Robert Gaudet, was an aircraft engineer in the Royal Canadian Air Force back in the late fifties. He is shown here demonstrating an engine at The Canadian Nat'l Exhibition in Toronto. 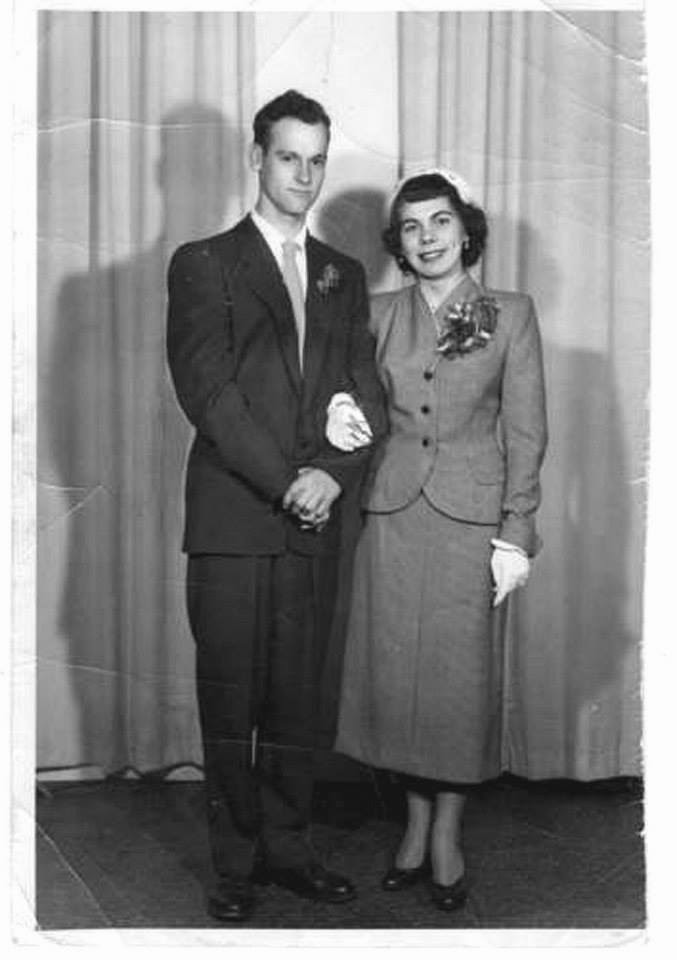 Robert and Shirley Gaudet (my dad and mom) on their wedding day. circa 1953. They look so young, innocent and in love. 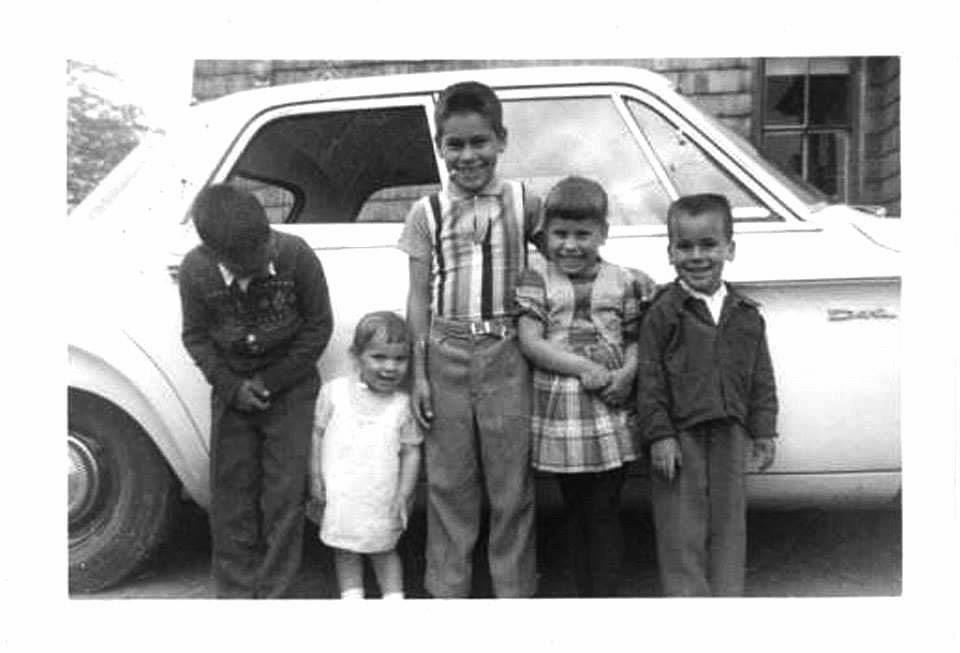 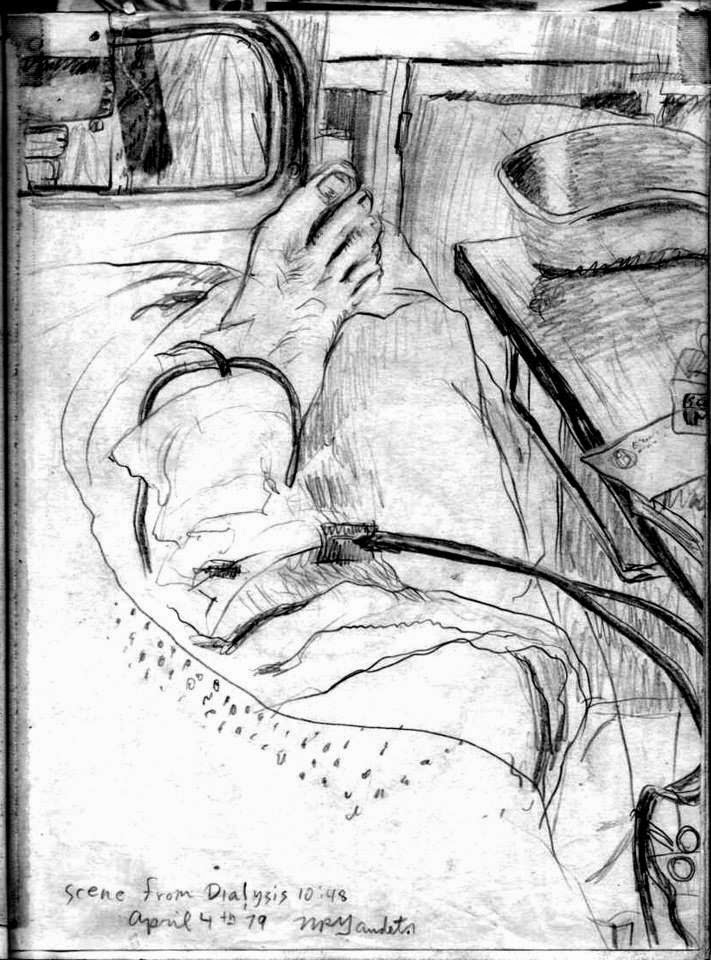 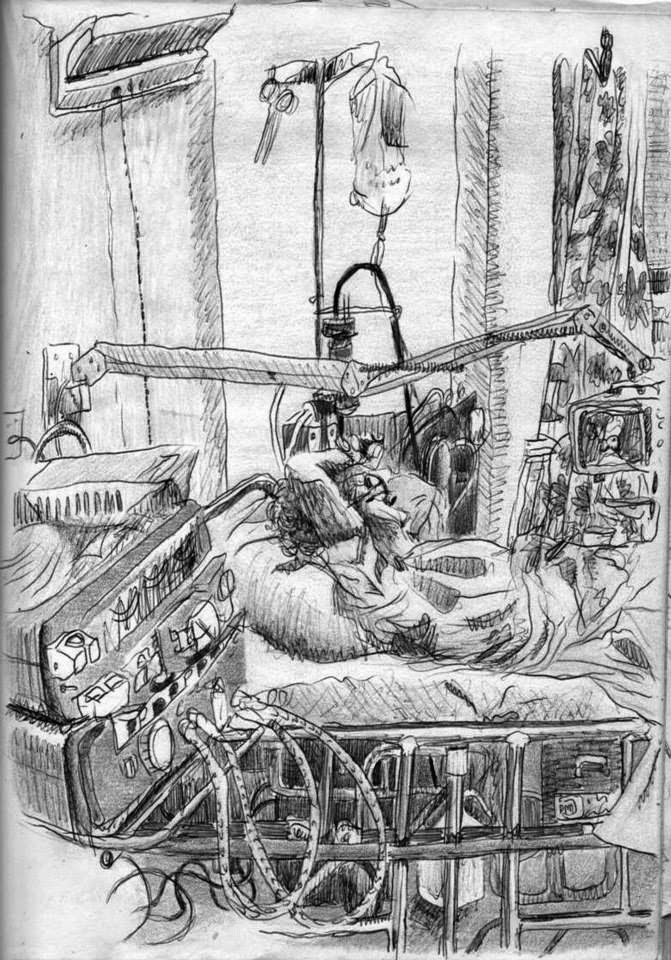 My neighbor on dialysis at Sunnybrooke Medical Center in Toronto, 1979. 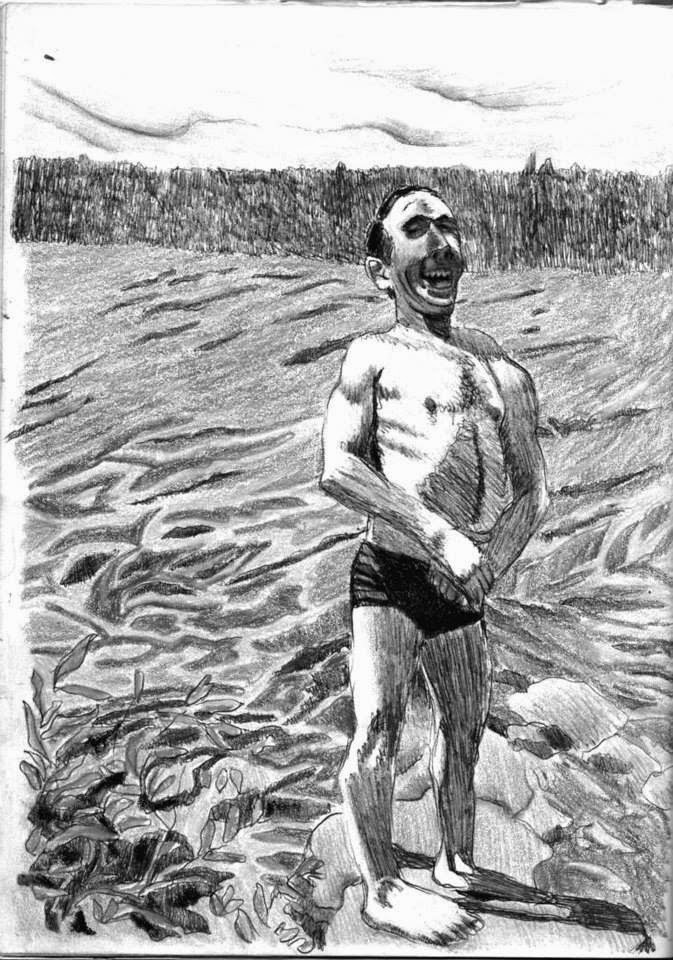 Drawing of my Dad circa 1960, drawn in 1979 as self-administered "Art Therapy" whilst in the dialysis chair. 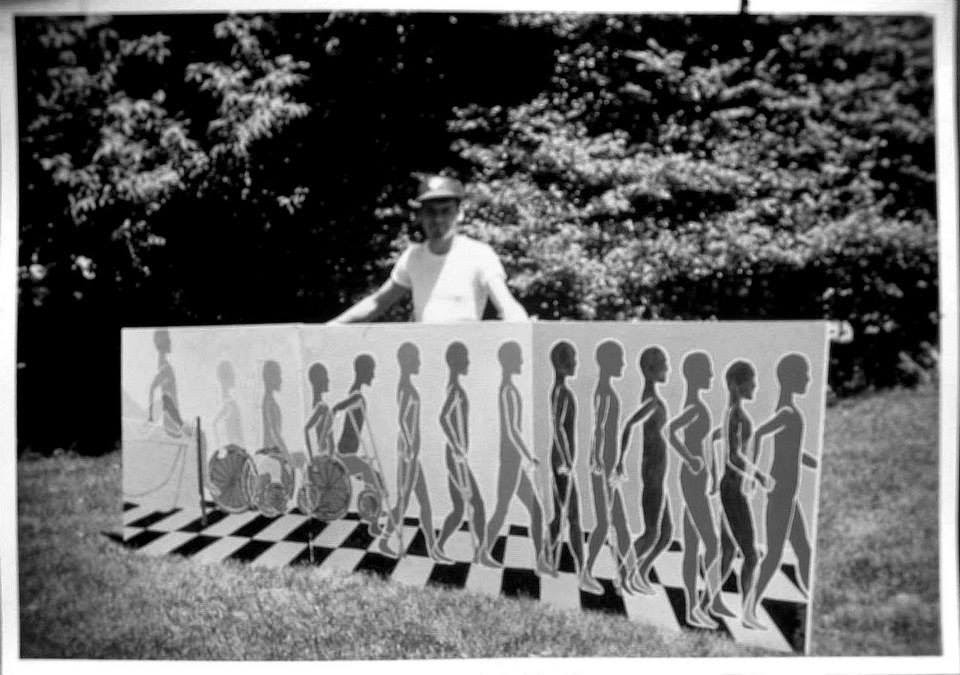 In 1979, at age 19, I designed and painted "Recovery 1", as a invocation for my own health. This mural was my visceral response to a Near-Death Experience, as I was diagnosed with End Stage Renal Failure. A scant fifteen years prior to this, ESRF was a death sentence. 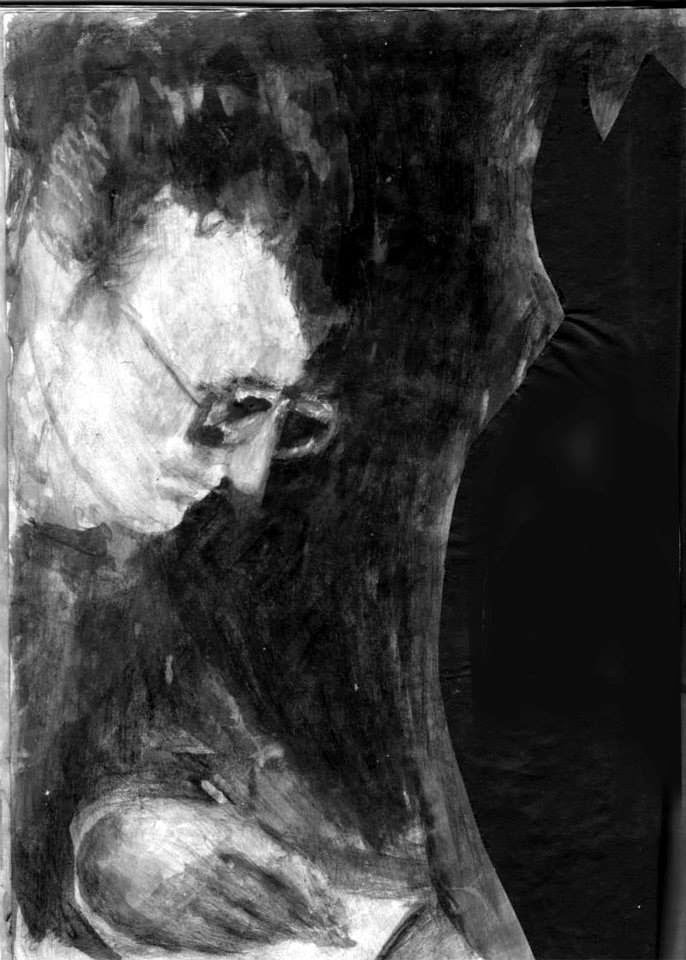 Homage to fallen hero painted on December 9th, 1980. His "last act" was to sign an album cover for a fan. — with John Lennon. 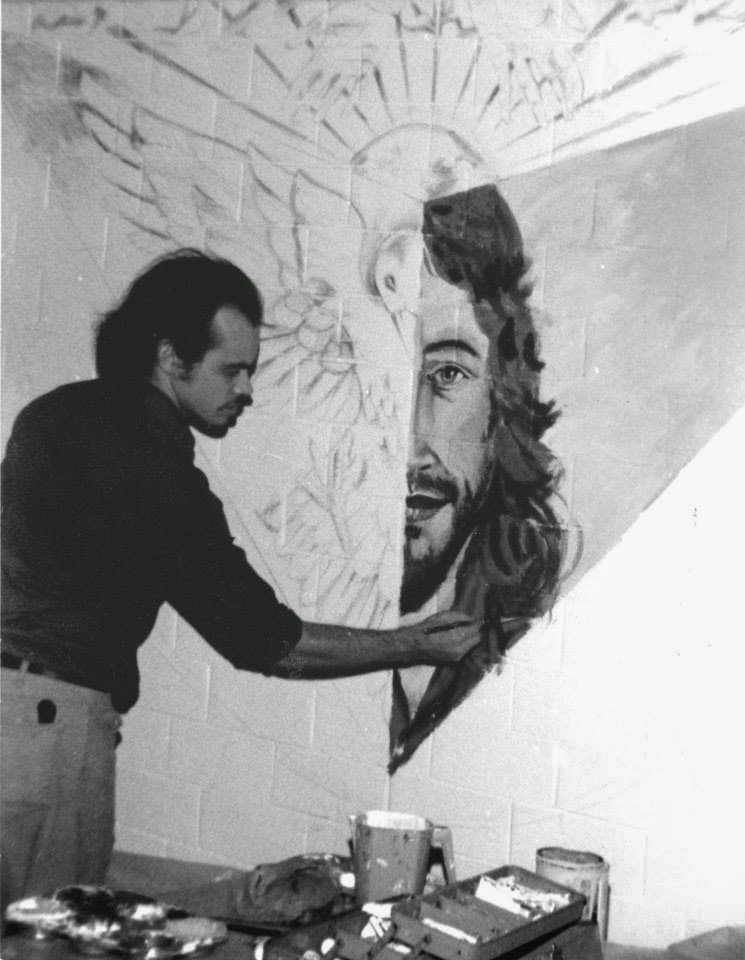 At age twenty-one, firing up a third of the "Trinity" mural at St. Mary's Basilica in Halifax. 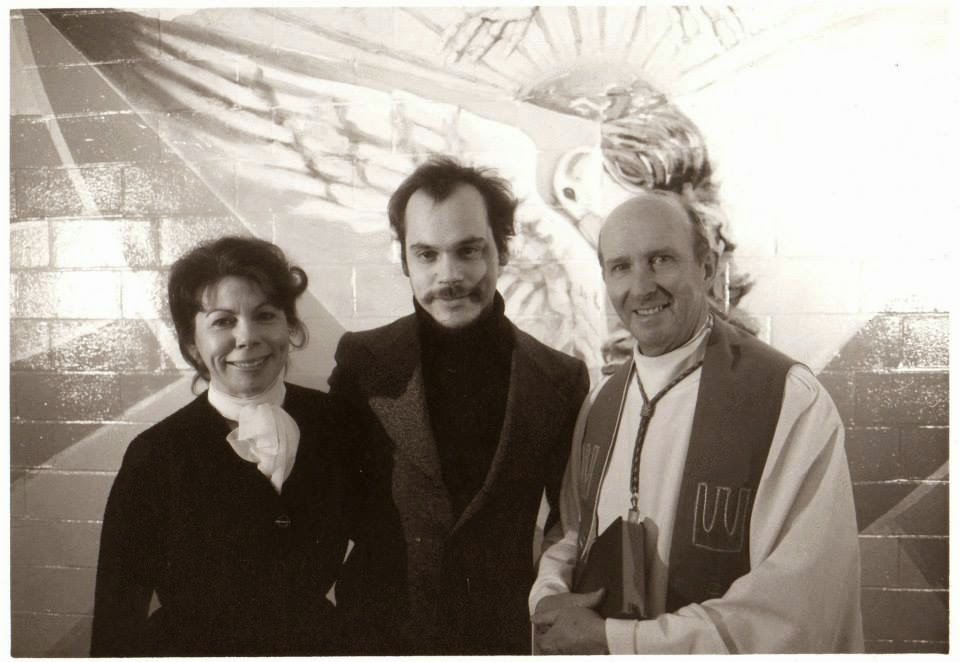 With Shirley Gaudet and the Archbishop of Halifax James Hayes after the official unveiling of "Trinity 1981" at St. Mary's Basilica, Halifax, N.S. Holding the "triangular" formatted version of the "Trinity" circa 1981. 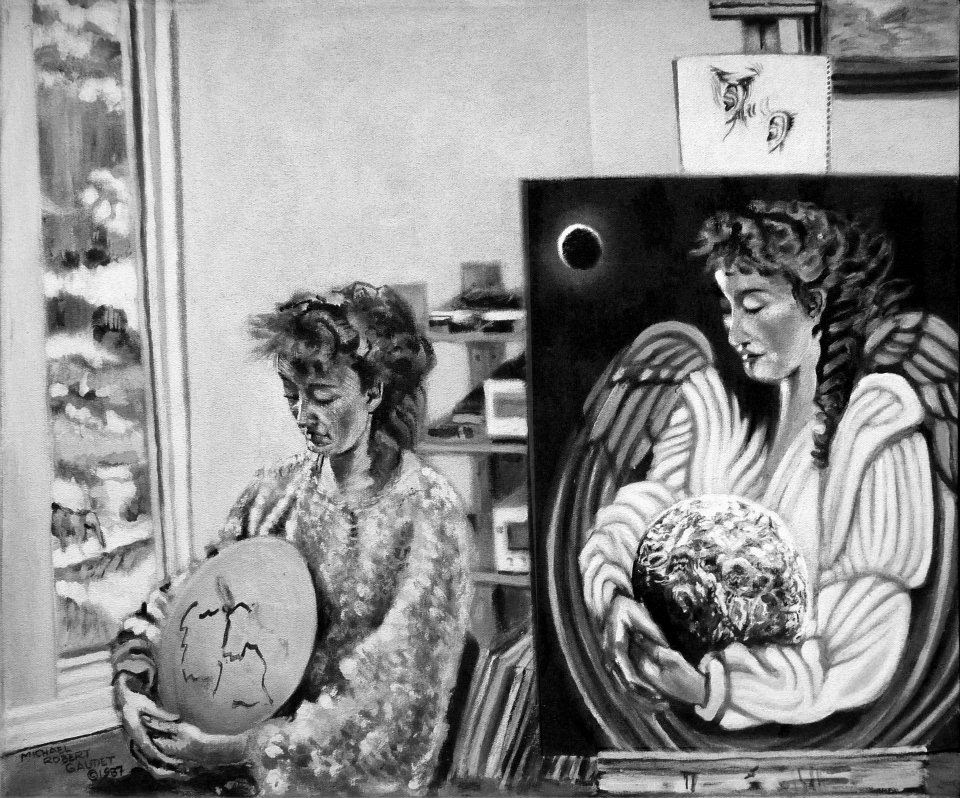 "Painting within a painting", recreates "fly on the wall" view of angel model with her mock-planet. 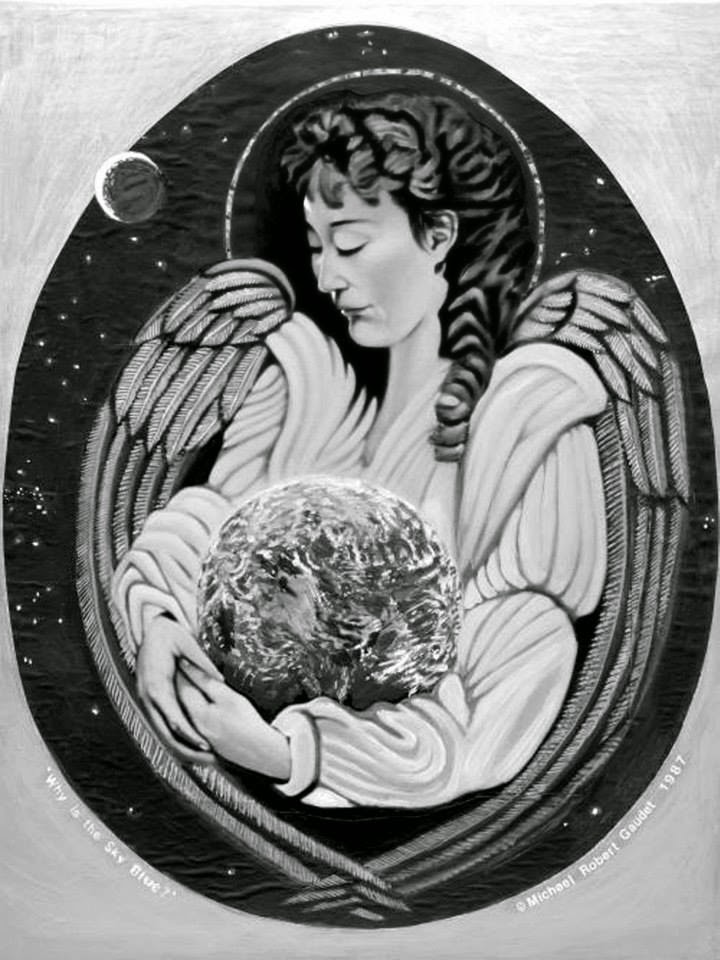 My gift to all my fellow humans, "Earth Angel" is for everyone. 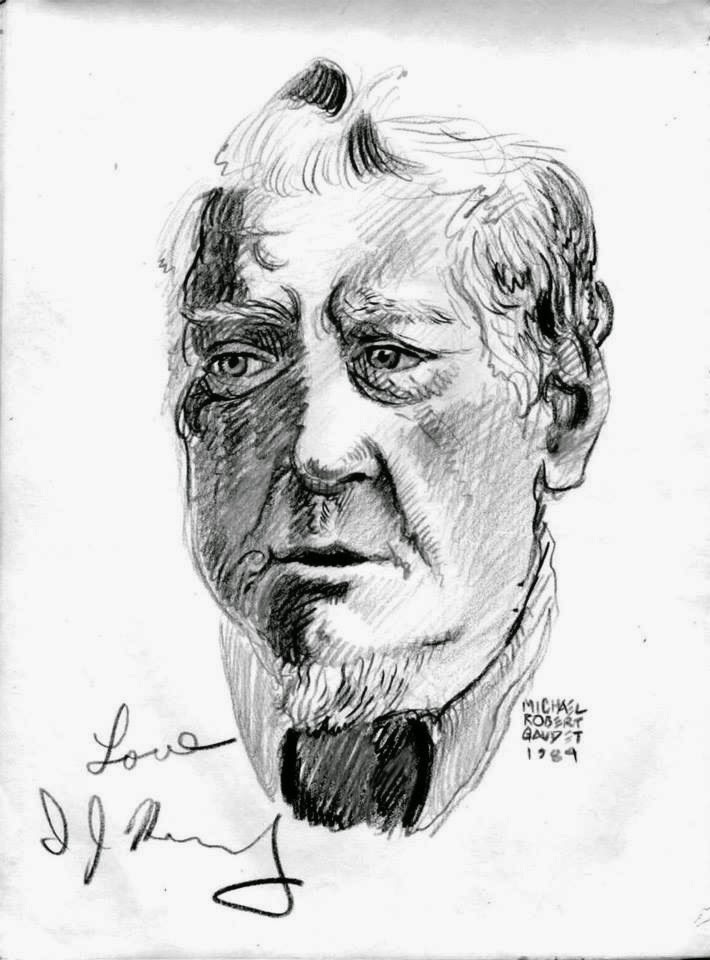 Ignatius "Iggy" Kennedy has been in and out of this, the third dimension in his extraterrestrial travels...Who knows, with the "dove" pressed to his heart?
"Decisive" portrait, 1984. 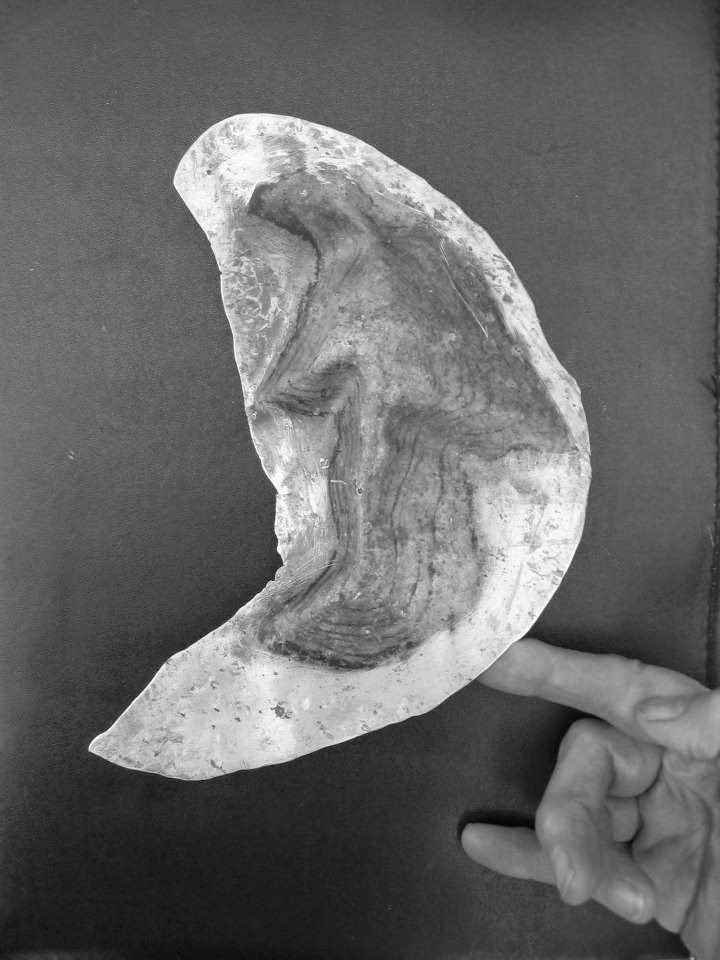 Presented by Iggy...unidentifiable metal alloy that has left scientists baffled. Because of its vaguely bird-like shape, Iggy dubbed it the "Dove". 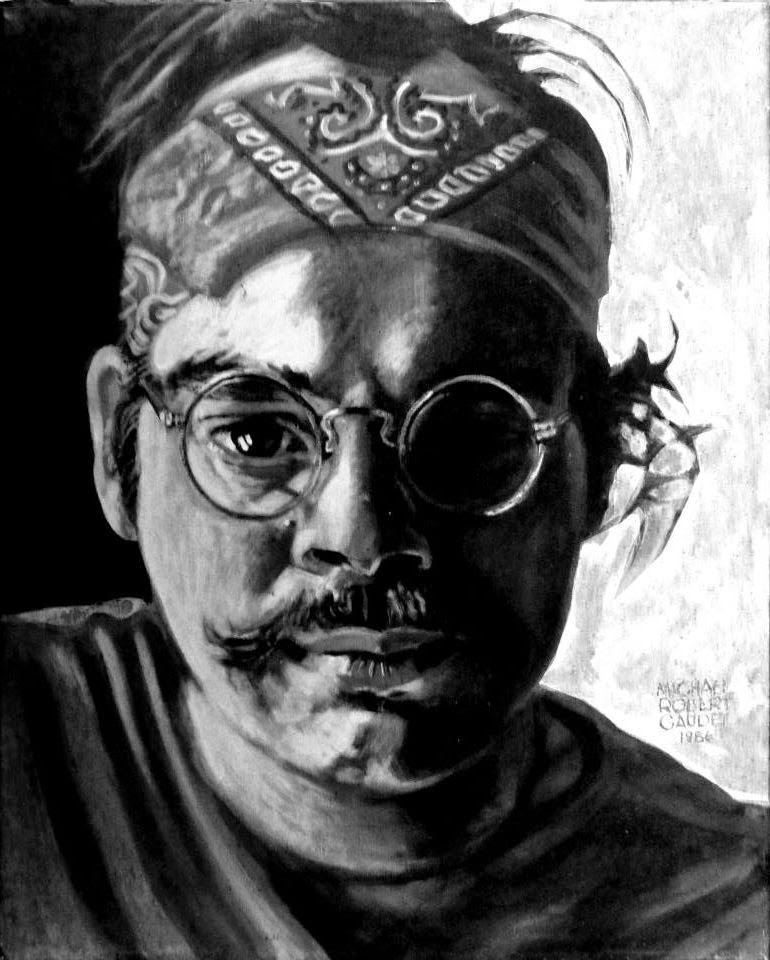 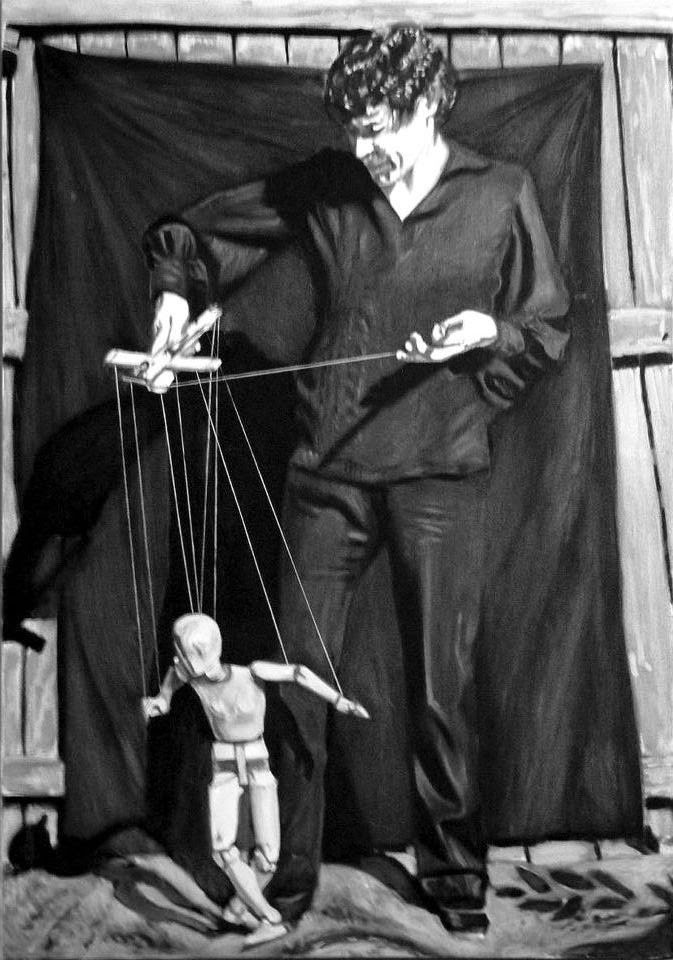 Where does you eye settle first, on the puppet, or the puppeteer? Painted in Halifax, 1982. 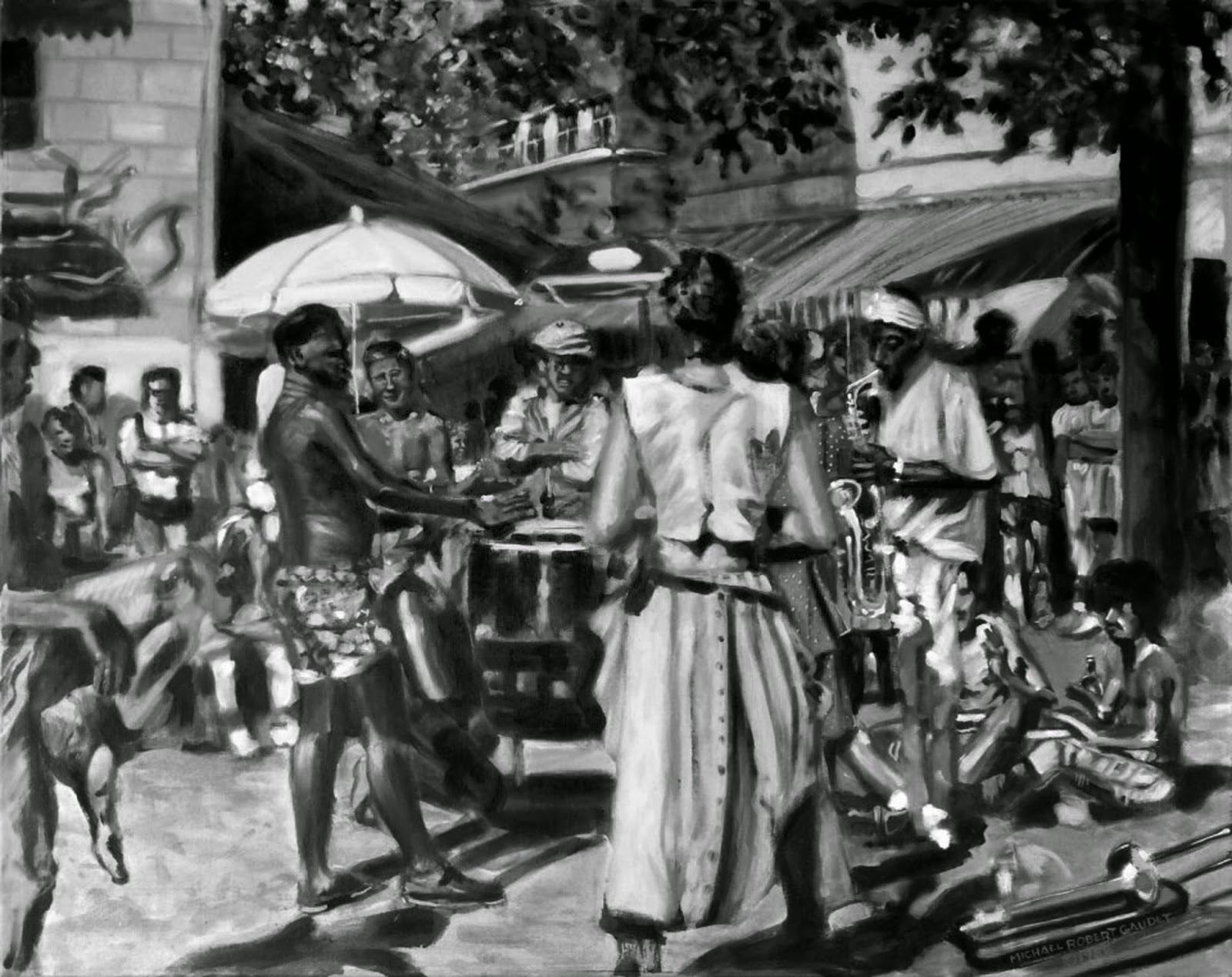 "Montreal Jazz Festival"...a "painting with a back-beat", an immersive study of the vibrant street culture of Montreal in the early-eighties. 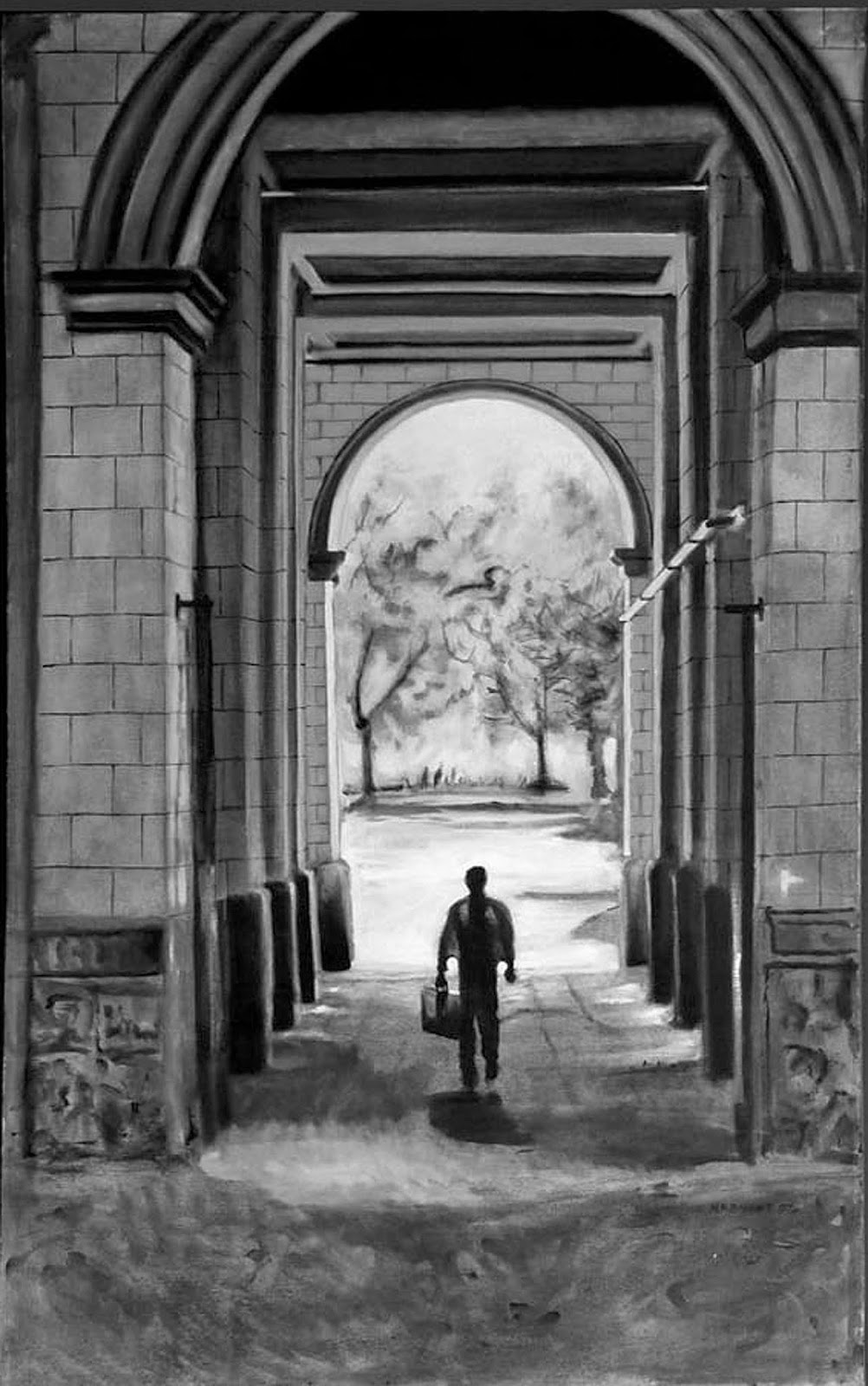 What lies on the other side of the looming archways? Let's send an emissary in to find out. He will report back to us.